In previous lessons, we learned that a set is a group of objects, and that Venn diagrams can be used to illustrate both set relationships and logical relationships.

A and B have no elements in common. This relationship is shown in the Venn diagram below. 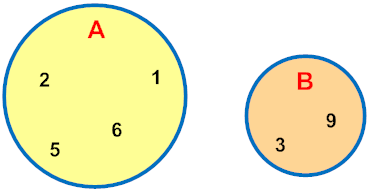 Answer: A and B have no elements in common. These sets do not overlap.

In example 1, A and B have no elements in common. (Each set is shaded with a different color to illustrate this.) Therefore, it is logical to assume that there is no relationship between these sets. However, if we consider these sets as part of a larger set, then there is a relationship between them. For example, consider the single-digit numbers 1 through 9: If {1, 2, 3, 4, 5, 6, 7, 8, 9} is our larger set, then A and B are part of that set. Thus A and B are each a subset of this larger set, called the Universal Set.

Definition: A Universal Set is the set of all elements under consideration, denoted by capital

. All other sets are subsets of the universal set. 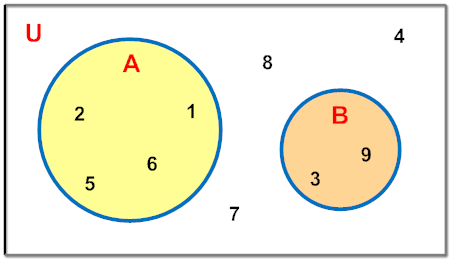 Think of a Universal set is the "big picture" It includes everything under consideration, or everything that is relevant to the problem you have. In example 2,

. Note that subsets A and B do not overlap: These sets are disjoint. The procedure for creating a Venn diagram is as follows;

Let's look at some more examples. 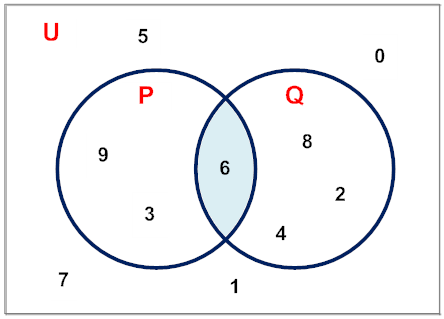 In example 3, subsets P and Q are overlapping. 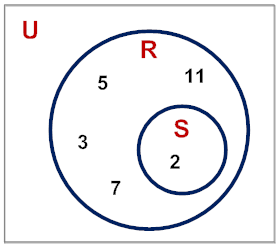 In example 4, S is contained within R. This is due to the fact that the number 2 is the only even prime. In addition, the universal set is infinite, since the set of whole numbers goes on forever. Accordingly, we did not include any remaining whole numbers outside the circles and within the rectangle. 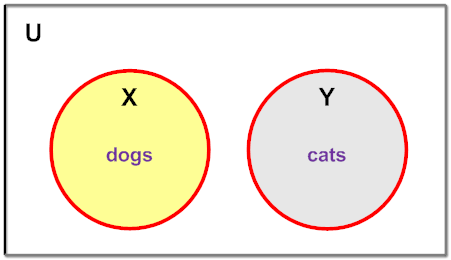 In example 5, subsets X and Y do not overlap. Below is a word problem that you may find interesting. 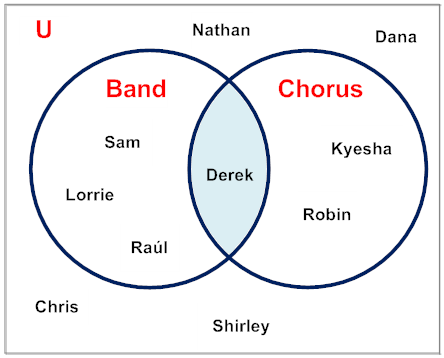 In this lesson, we examined several examples of universal sets with Venn diagrams. In some examples, the sets overlapped and in some they did not. Also included were examples in which one set was contained within the other.

Summary: A universal set is a set containing all elements of a problem under consideration, denoted by capital